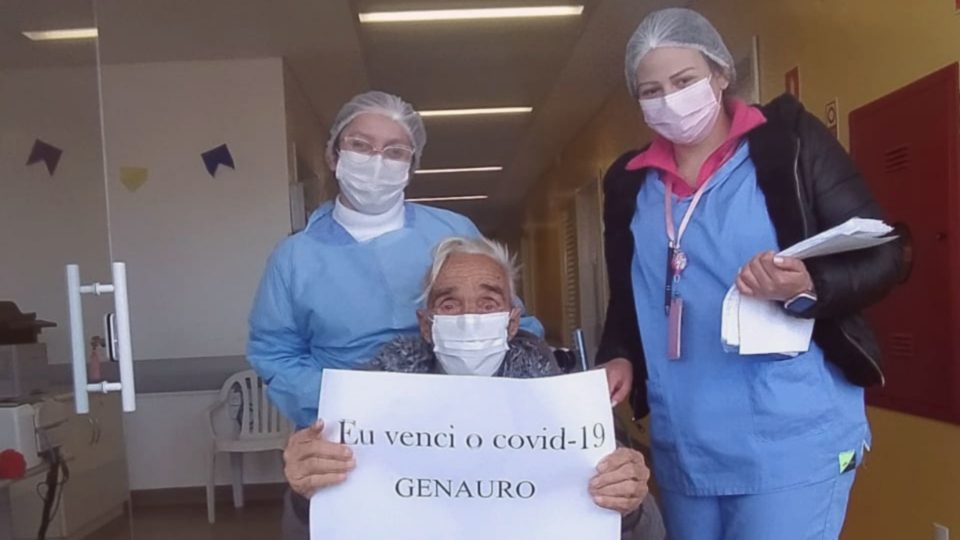 Even with severe comorbidities, Genauro won the fight against the coronavirus. Photo: Personal Archives

It must have been a moment of relief for the whole family. Genauro Matozo Ribeiro, 86, from Guarapuava, was finally preparing to receive the second dose of the vaccine against the new coronavirus. The old man has two lung tumors and worried his stepdaughter and granddaughters. But when the time came, the worst news arrived: he was already infected.

“On the day of the vaccine, I noticed the cough and have already taken it directly to the UPA. He took the test and it turned out positive, “said Edenize Carla Ramos Ribeiro, salesperson and daughter-in-law of Genauro. The elderly person had to wait in the Emergency Care Unit until she get a place at the City’s Regional Hospital He spent 13 days in the infirmary, but, according to him, without fear.

“I didn’t feel any pain, I didn’t lack air. I am not afraid. We have to think of God, “says the survivor of the virus which has already claimed the lives of people much younger and healthier than him. The state of his lungs, weakened by cancer, has made his heart work too hard, causing him to swell, and the situation could worsen his condition, making the recovery even more impressive.

Everywhere he went during this time, Genauro gained admirers. When he was released, the health team responsible for taking care of him made a lot of noise. The good humor and spirit of the retiree motivated not only the employees, but also the other patients. “I have advised others to say that there is no point in complaining. He said he had to be brave. At the hospital, everyone wanted to talk to me, ”he says, who is always proud to say that he is the longest-lived person in the family so far.

The older person’s recovery also served as an example for the family members themselves, as all four granddaughters, his wife and stepdaughter, also contracted the virus. Rosa, Mr. Genauro’s wife, already immunized with the two doses, had only mild symptoms, but Edenize was in more pain. She was the one with the most severe infection with the virus, but today she is also celebrating everyone’s recovery. “It’s gratifying. Seu Genauro is an example of a father my daughters did not have,” reveals the widow of the married son.

Back home, the care continues. On the outside wall, the message is clear: no visitors. At least for a while. Celebrating this victory is something the family wishes very much, but thanks and congratulations, only from a distance. “We would like to thank all the teams, who have always been by our side, giving us more and more hope,” concludes Edenize.