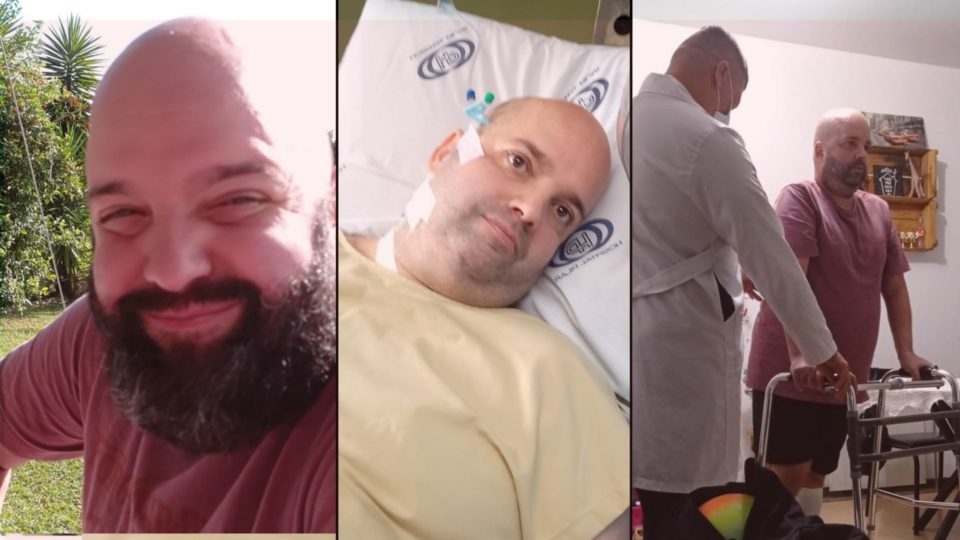 Although the family encouraged him to exercise and maintain a balanced diet, bank employee Frederico Mont’Alvão did not worry about his health. “I was sedentary, I ate snacks several times a week and I exchanged water for soda,” says the native of Minas Gerais, 44, who has achieved in the fight against Covid-19 at what point this way of life is harmful. “We think nothing will ever happen, but we cannot play with our health.”

Measuring 1.69 m and weighing 125 kilograms – morbidly obese, according to body mass index (BMI) – Frederico was hospitalized on January 2 with fever, back pain and low oxygen saturation. “The device showed 88%, and the ideal is over 95%,” he reports. “But I still felt good, so I went to the hospital room very calmly, thinking I would only be spending a few hours there.”

He took the remote to turn on the television and doesn’t remember anything else because he passed out and didn’t wake up until 14 days later in the intensive care unit (ICU). “I couldn’t even believe I was alive after two weeks of intubation,” the banker said. He said his respiratory system was severely compromised by Covid-19 and that emergency surgery prevented a complete collapse of his right lung. “Also, I had thrombosis, kidney failure, I was dealing with bacteria and would need a long recovery process to get back on track.”

Fredy, as his friends call him, lost almost 35 pounds during his stay in the hospital and was completely weakened. “We’re losing a lot of muscle mass and I even had difficulty sitting down,” recalls the man, who couldn’t even stand a minute in that position. “It gave me heat, chills, and I was falling because it was too demanding on my muscles.”

And the difficulty was even greater when I tried to stand up. “The ground seemed to have a giant weight pulling me down, and I just couldn’t handle gravity,” he says. “Not to mention that I had to relearn how to breathe, because I stopped up to three times in the middle of a single word to inhale air.”

What helped him along the way, however, was thinking about his wife Kamilla Campos Raulino and his two daughters – Sara, 11, and Maria Clara, 13. When I was released on February 4, it was moving, ”he recalls. “Then I realized I had to do things differently to enjoy my life with them.”

Thinking of his wife and two daughters, Frederico faced the difficult process of recovery and decided to change his health habits. Photos: Personal archives / Frederico Mont’Alvão

As a result, he correctly followed the diet set out by his nutritionist, devoted himself to home physiotherapy sessions, and set small daily goals for himself throughout the recovery process. “Every day I would celebrate something, like lifting my fork with less shaking, taking one more step without using a walker, or doing something on my own,” he says. “And it worked”.

Fredy finished the physiotherapy sessions, returned to work and started going to the gym with his wife. “I know that the process will take a long time until I can perform more intense physical activities, but I am no longer sedentary”, guarantees the minor, who also takes care of his diet, drinking more water. and replacing carbonated drinks with natural juices. . “It’s not easy to create new habits, but I change every day.”

And it ensures that the results are worth it. Thus, it has encouraged other people to make the same decision thinking about the family and friends they love. “Don’t wait until you are in the hospital to realize that you need health to spend time with those who matter to you,” he warns. “Wake up as early as possible and seek a healthier life for love, not pain.”