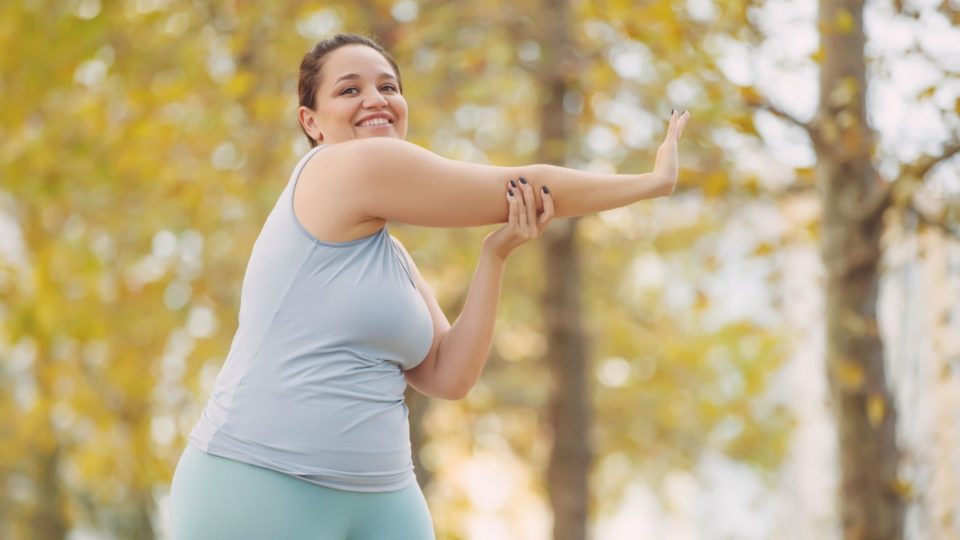 Being chubby does not necessarily mean that you are not in good health: check the three parameters that must be visible to be a healthy obese. Photo: Bigstock

Being a healthy chub is possible, according to a group of German scientists. And it depends on the presence of three conditions that make an obese person not at an increased risk of death from cardiovascular disease and all other causes.

The first of the metabolic parameters to be monitored concerns systolic blood pressure. According to the study, it must be less than 130 mmHg without the use of drugs to reduce it, which is not always easy for those who are overweight.

Indeed, if hypertension is extremely widespread in the general adult population, around 20%, in the presence of obesity, these levels increase. “For example, in grade 2 and 3 obese people seeking bariatric surgery, it is estimated that 60% have associated hypertension, and the higher the degree of obesity, the more likely they are to have concomitant hypertension,” explains the endocrinologist Jacqueline Rizzoli, director of Abèse.

Multifactorial disease, hypertension has a strong genetic component and if, on the one hand, thin people can present the disease, on the other hand, patients with an extremely high body mass index (BMI), weighing 180 kg to 200 kg, can have normal blood. pressure. “In obese patients, the need to pump more to send blood to all the tissues of the body causes an overload of the heart, stiffening of the arteries, causing difficulty in venous return. Having a heavy weight can lead to sleep apnea, snoring during sleep, with respiratory arrest, also a risk factor for blood pressure, ”she says, noting that if for a normal patient the pressure should be less than 130/85, the diabetic should 130/85.

The second parameter, pointed out in the study conducted by the team led by Anika Zembic, a doctoral student at the Deutsche Institut für Ernährungsforschung Potsdam-Rehbrücke, in Germany, is linked to a measure that should be more popularized among Brazilians, the size -report hip. Ideally, this number, which is the result of dividing the waistline on the measurement taken on the hip bone, should not exceed 0.95 for women and 1.03 for men. These measurements should be taken with a tape measure.

According to Jaqueline, the reason central adiposity needs to be measured is that the fat that is deposited more in the abdomen area poses great health risks, because in addition to being deposited under the skin, it can also settle in internal organs, in the liver, kidneys, intestines and around the heart.

“This fat increases the risk of diseases such as hypertension, circulatory problems, atherosclerosis and blocked blood vessels. The more peripheral fat, which accumulates more in the thighs, arms and hips, presents a greater subcutaneous deposit and less risk for the metabolic part, but it can also cause joint and circulatory problems, it is generally harder to lose, but it causes less risk than belly fat, ”he says.

The third factor which, together with others, can define whether an obese person is in good metabolic health or not concerns the presence or not of type 2 diabetes, which has an increased prevalence when the person is obese, despite being thin, by genetic component, can also develop it.

“Diabetes is a systemic disease, and usually this glucose was increased for a long time until diagnosis. This coexistence with subtle symptoms, if routine laboratory tests are not performed, can result in the presence of three, four, five or more years of living with the disease without proper treatment, ”he says.

This persistent increase in blood sugar causes, according to her, a chronic inflammatory process, overloading the kidneys, liver, circulation, causing damage to blood vessels, microcirculation and macrocirculation, creating the conditions for increased risk. cardiovascular. “This is why diabetes is a disease that needs to be diagnosed as early as possible and treated with a lot of control early on so that it does not pose greater health risks. By maintaining blood sugar control, having a controlled diet, good physical activity, being able to lose weight, and using medications correctly, it is possible to manage diabetes so that it does not pose any further risks. important to health, ”she says.

What about high cholesterol?

In this review, researchers could not find a higher prevalence of cardiovascular death or all-cause mortality in obese people who had only dyslipidemia, that is, by analyzing in isolation cholesterol and triglycerides.

“In the article, there is no specific explanation for this, but at first it was seen as a lower risk factor, which probably increases when added to other factors,” says she, pointing out that other factors not addressed in the research, based on clinical experience, are associated with an increased risk of cardiovascular death or health complications such as smoking, sedentary lifestyle, sleep apnea and ‘increased liver fat.

As the study only assessed mortality and not sequelae and other complications, concern for these other factors should always be present. “The risk of having high triglyceride pancreatitis is much greater than if it is controlled, as is ischemic stroke for people with increased plaque cholesterol, so other factors cannot be considered. as ‘liberated’ or as ensuring health at all, ”she said.

Just as obese people can be in good metabolic health, it is possible to be thin and in poor health. “If the person is of normal weight but has diabetes, they have this fairly common profile of being of normal weight, but with thin legs and arms and a lot of fat in the stomach area, if they are hypertensive, smoker and sedentary, these people can be considered thin or have a normal weight and not be healthy, ”says Jaqueline.

The ideal for everyone, regardless of weight bracket, is to have good habits and live well, to give up tobacco, alcohol, processed / industrialized foods and excessive consumption of sugar and fats. , and invest in healthy eating and physical activity. “Someone who is severely overweight, but very active and with a good quality diet, may be even healthier than a person with normal weight and bad habits, poorly controlled diabetes and persistent high blood pressure.” , concludes the endocrinologist.