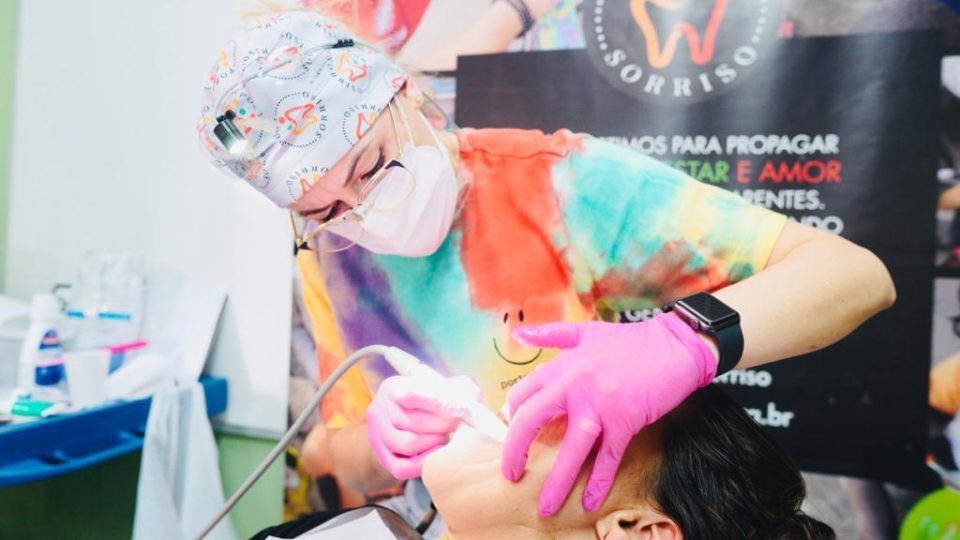 A trip to Africa changed everything. Dentist Felipe Rossi’s feeling was that he needed to do something. After volunteering in Mozambique, he returned to Brazil determined to make a difference. In 2016, he founded the NGO Por 1 Sorriso. And it is with this work that he made the joy of thousands of people.

“In the dental field, Brazil and Africa are very similar. There are people who have never set foot in an office, ”says the dentist. And after five years of work, more than 10,000 people have already been served, here at home and also on the African continent. “Social work in dentistry is thought to be delivering a toothbrush and cleaning it, preventive care. But the idea is to bring the best to the office. We manufacture canals, prostheses, surgery, restorations, ”explains Felipe.

He says he has seen things that most of the population cannot even imagine. “A toothbrush for a whole family, in their thirties, in their forties who have never been to the dentist, people who rinse themselves with alcohol to pull out their teeth with pliers,” he reveals. The NGO brings quality dentistry and medicines to poor regions of Brazil and possibly Africa.

The project is itinerant and, at least once a month, it travels to those who need it. In some places, which are difficult to access, the action lasts almost a week. “The organization takes a lot more work than the service itself. For action to happen, we brought 3 tonnes of equipment to a city and installed 20 to 30 dental chairs, ”he says.

The project is mainly carried out by volunteers. There are around 6,000 registered and 1,000 who have already taken part in the actions. And more than giving back smiles, the idea is to restore dignity to those who cannot even afford to take the bus or buy food. “Por 1 Sorriso wants to help these people to reintegrate because we know that those who have no teeth cannot find a job,” Felipe emphasizes.

During the pandemic, actions were paralyzed, but the NGO continued to help. The money from the donations was used to buy groceries. “We gave more than 50 tons of food because hunger doesn’t wait. We tried to help in this way, even though it had nothing to do with our daily work, ”he says. What sustains the NGO are donations from individuals and the sale of products from the virtual store.

As soon as health restrictions allow and the vaccination progresses, the idea is to resume face-to-face care, which, for the moment, remains in smaller numbers than usual. The NGO still intends to be able to serve an entire city in a certain action and set up a mobile truck with a laboratory, a radiological center and a space to make implants. “We talk about happiness and there is no happiness without solidarity. When you do this for others, helping those who have not had the same luck brings a great feeling of completeness, ”concludes Felipe.