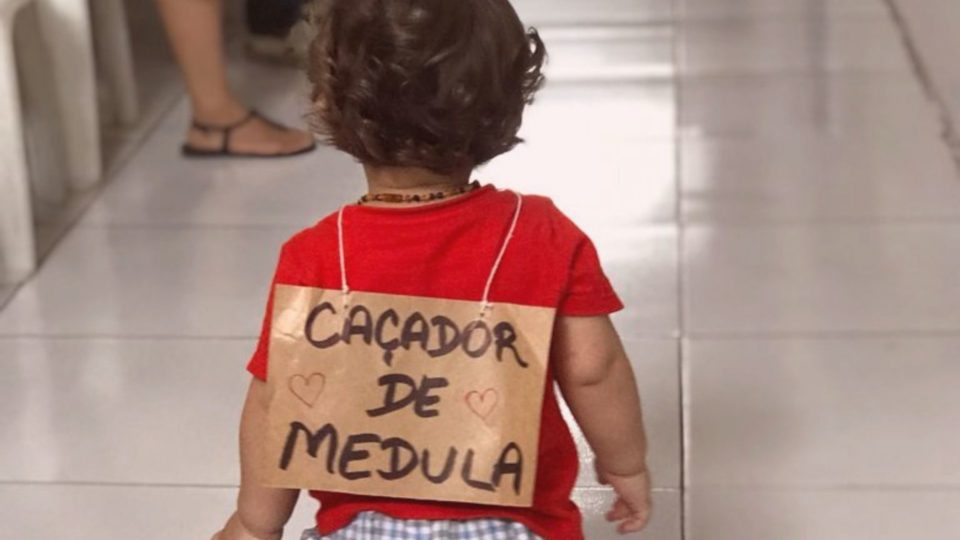 David, in search of marrow for his father, has become a symbol of the countryside. Photo: Personal Archives / André Luiz Pereira Torres

What appeared to be a virus that took a long time to disappear has become the biggest fight in the life of salesman André Luiz Pereira Torres, a resident of Maranguape, Ceará. It was a few days before his son David’s birthday party, when he went to the emergency room thinking he would be home soon. But no. André was hospitalized for 37 days and celebrated Davi’s first year in a reserved room at the hospital.

“I managed to spend an hour with him alone. I don’t even like to remember that I’m already moved, ”admits André. Leukemia would forever transform the history of this family. Now, a little over three years later, he understands that it all had a reason and sees a purpose in it. “I’ve always believed that cancer only spreads at a neighbor’s house, that bad news doesn’t knock on our door. It was my first learning experience, ”he reveals.

After the shock of the diagnosis and the agony of facing the first days of the disease, news quickly arrived that André would need a bone marrow transplant. He has two brothers so he thought he had a good chance, but tests showed there was no match. The search for a donor then begins.

“I needed a 100% compatible donor and we went to get some information. I saw that the chance was 1 in 100,000, ”André remembers. Frightened by the difficulty, the family decided to relocate and encourage donor registration. Posted unpretentiously on a social network, a photo of Davi asking his father for a bone marrow was the start of a work that still exists today.

In three months, 1.5 thousand people were registered thanks to the marrow hunters. “I set up a sales HQ at the hospital. I had a schedule of days and hours and I managed to bring the center of the city’s blood to businesses, ”says André. He also says it was this effort that got him through the chemotherapy sessions. “In the middle of this process, we came up with the idea of ​​creating a social media profile. The main idea was to find a legion of hunters to help other patients, ”he explains.

The treatment followed, worked and in February 2019 a matched donor was found in the United States. The family traveled to São Paulo, André underwent the transplant and almost two weeks later received the long-awaited news. “God sent the answer I needed that I was doing the right thing,” he said.

More than two years later, the work of the Marrow Hunters continues. André can’t say how many people have signed up for the National Voluntary Bone Marrow Donor Registry, but he’s sure he has plenty to celebrate. “This pain, this suffering that I went through, is worth it,” he admits. And to conclude: “Getting this photo at the hospital was amazing. At the time, I was no longer his hero. My hero has become my son. For me and all the other patients who were waiting for a donor ”.