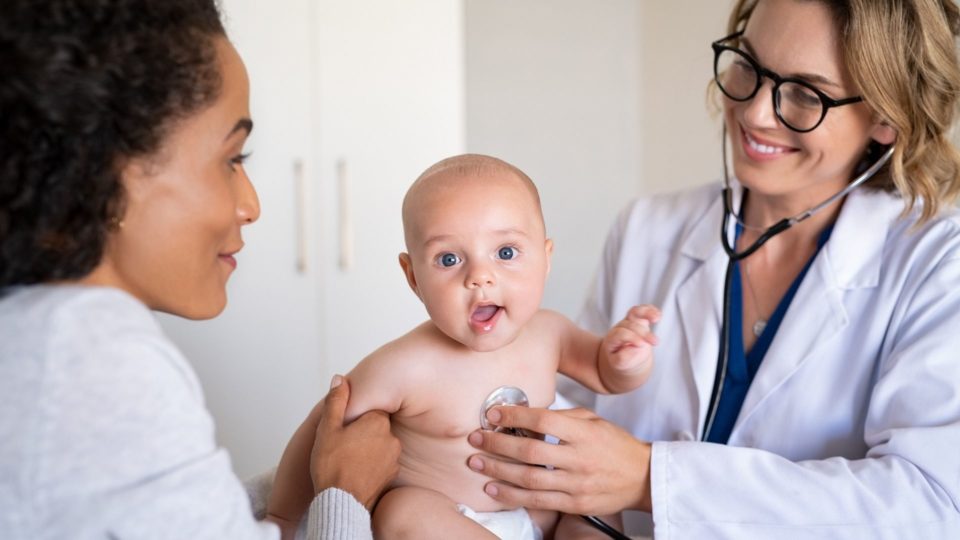 Investigation of heart disease is only indicated if there is a familial factor that involves a predisposition to genetic or heart disease. Photo: Bigstock

For those with young children, there are many concerns to suspect that they may have developed a heart problem in early childhood. Certain physical signs deserve special attention and may indicate heart disease requiring specialist consultation.

Much of congenital heart disease is found in the uterus. For this reason, after the birth of the child, there is no need to rush to have it evaluated by a cardiologist. “But in the first year of life it’s worth a visit that says whether everything is normal or not,” says cardiologist Cristiane Nogueira Binotto, from Pequeno Príncipe Hospital.

When to investigate heart disease

Investigation of heart disease is only indicated if there is a familial factor involving a predisposition to genetic or heart diseases, such as hypertrophic cardiomyopathy, or if you have had a child with the disease in the past or if the mother has the problem, to start preventive treatment. However, in early childhood, there are signs that may indicate the need for cardiac exploration.

The symptoms that deserve the most attention are fatigue, shortness of breath, that child who sweats too much and the mother sees that she is breastfeeding, eating well, but not gaining weight or developing properly. Cyanosis, when the skin is purplish, must also turn on the yellow light in the parents. “Not only when the lip contour turns purple when breastfeeding, but when the lips, tongue and fingers turn purple, which shows less than 90% saturation. But parents should be on the lookout for these signs that usually don’t get as much attention, ”she says.

Parents who are underweight, says the cardiologist, often think that the child is too thin to have that physical constitution, but, she says, in these cases it is worth checking that the child has. no heart murmur, which must be diagnosed by the doctor. “In addition, there are changes in the heart rate, which make the heart beat, and the child, when it is small, expresses tears, lies down and cannot suck properly,” warns Cristiane.

Among the acquired heart diseases are cardiomyopathies, the main one being myocarditis – the current word because of Covid-19 -, which causes changes in the heart muscle, which may be secondary, resulting from an inflammatory process. “Once properly treated, this myocarditis usually reverses itself. When not reversed, it can develop into dilated cardiomyopathy, a muscle disease that will require monitoring, treatment, and medication. There is also rheumatic fever, a very common disease that can be prevented with proper use of antibiotics in the treatment of strep throat, which is the use of benzetacil, which prevents damage to the heart valves (mitral and aortic), which often even require replacement of these valves and are serious and preventable diseases with adequate prior treatment, ”she says.

Among the treatments for heart disease, if they are acyanotic, those in which the child does not turn purple, but is tired and short of breath, it is possible to stabilize it with drugs, aiming for the intervention most appropriate surgical time. “But most heart disease requires surgery or hemodynamics, while a valve stenosis, for example, is resolved with catheterization,” she says.

According to the cardiologist, the increase in childhood obesity has been observed more frequently in the clinic, rather than being overweight, in large part because of the restrictions imposed by the pandemic.

The disease is accompanied by dyslipidemia, changes in cholesterol and triglycerides, which is serious because it can lead to coronary problems very early on.
“So if there are stories of sudden death in the family, if there is obesity with altered cholesterol, triglycerides and high blood pressure, the child must be evaluated”, she specifies, who warns against greater risks in certain cases.

“There are certain heart diseases, like the narrowing of the descending aorta, which do not make a breath, there is sometimes pain in the lower limbs, high blood pressure, which are objective signs that must be taken into account “, he specifies.

In the case of older children who join a non-play sport activity, which involves training – such as volleyball, football, and swimming – a prior cardiac examination is necessary. “In these cases, it’s important to make an appointment with an EKG, X-ray and echocardiogram,” she says.

Most congenital heart disease can be detected while it is still in the womb, and tests such as the echo-fetal, which should be done between 24 and 28 weeks, help plan delivery. Examinations determine whether there are intrauterine alterations, such as the foramen ovale and persistent ductus arteriosus, in structures that should not close until after the baby is born.